The cortex under (re)construction

In vitro corticogenesis from embryonic stem cells (ESCs) is an attractive model of cortical development and a promising tool for cortical therapy. Indeed, neurons generated from ESCs in a Petri dish recapitulate most of the characteristics of cortical neurons generated in vivo. In addition, ESC-derived neurons project to typical cortical targets when they are grafted into an injured cortex, suggesting that they could serve to replace damaged cortical neurons in the future. Epigenetic mechanisms such as parental genomic imprinting, are crucial for cortex development and function but it was unknown to which extent they are recapitulated by in vitro corticogenesis. We found that imprinted genes are highly expressed during corticogenesis in vivo and in vitro. Using genome-wide transcriptomic and methylation analyses on hybrid mouse tissues and cells, we showed a high concordance of imprinting status between in vivo and ESCs-derived cortices (Bouschet et al., Cerebral Cortex, 2017). This suggests that part of the epigenetic signature of the in vivo cortex is quite well reproduced by the cortex generated in vitro. In addition, we propose that in vitro corticogenesis serves as a tool to define the still poorly understood mechanisms that regulate genomic imprinting in the brain and to study the roles of imprinted genes in corticogenesis. Besides, we have determined whether androgenetic ESCs (2 paternal genomes) and parthenogenetic ESCs (2 maternal genomes) generate cortical neurons that could be used for cortical cell therapy. We have found that parthenogenetic Pg‐ESCs, which can be more easily selected for histocompatibility than normal biparental ESC lines, had a surprisingly biparental-like expression of imprinted genes approaching the normal situation (while androgenetic‐ESCs did not). In addition, we found that Pg-ESCs generated cortical‐like progenitors and electrophysiologically active neurons. In vivo, transplanted Pg‐ESC derivatives integrated into the injured adult cortex. Collectively, our data supports the utility of Pg‐ESCs, but not of Ag-ESCs, for neocortex repair (Varrault et al., Stem cells, 2018). 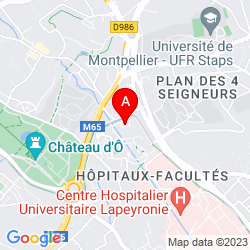